Email ThisBlogThis!Share to TwitterShare to FacebookShare to Pinterest
Labels: career in aviation

Posted by Aeronautical Research Society at 12:26 AM 2 comments: 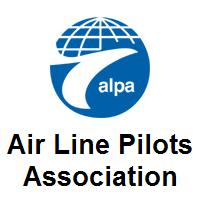 Capt. Craig Hall, director of the ALPA Canada National Security Committee, said, “When we consider that not even a year has passed since the Northwest Flight 253 near-disaster over Canadian soil on Christmas Day and the recent reports of heightened concerns regarding possible terrorist attacks in Europe, ALPA firmly believes that this is not the time to cut back on one of the most effective terrorism deterrents we have.”

“The value of the CACPP and the cooperation that exists between the program and airline pilots are essential elements in protecting our passengers and valued resources from acts of terrorism,” said Capt. Dan Adamus, president of the ALPA Canada Board. “As a result, ALPA strongly supports the program and its objectives. Intelligence agencies repeatedly tell us that, although specific threats do not currently exist for this country, Canada nevertheless remains at risk from terrorism.”

Capt. John Prater, ALPA’s president, summed up the Association’s concerns saying, “This program, and its counterpart in the United States, are time-proven security measures that benefit all travellers in North America. If these reports are correct, we strongly urge decision-makers to reconsider these cuts that will weaken the layers of security responsible for the continued safety of the travelling public.” 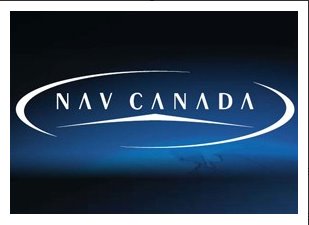 NAV CANADA today released its financial results for the year ended August 31, 2010. The results show continued success in controlling costs during a period of weak air traffic revenues, while maintaining safe and efficient air navigation services. In fiscal 2010, the Company had an excess of expenses over revenues and other income before rate stabilization of $ 21 million compared to $ 26 million in fiscal 2009.

Air traffic levels were 0.8 per cent lower in fiscal 2010 than in the prior year. However, traffic grew by 2.8 per cent during the fourth quarter when compared to the same period last year. The Company finished the year with a negative* balance of $ 20 million in its rate stabilization account. However, when adjusted for rate setting purposes, there is a positive* "notional" balance in the rate stabilization account of $ 92 million, which reflects the Company's expectation that the market value portion of the fair value adjustments to the carrying value of its restructured notes and asset-backed commercial paper (ABCP) investments will be recovered over the terms of these investments. The current "notional" balance is very close to the fiscal year 2010 target positive balance of $ 93 million.

"Air traffic growth in the first part of fiscal 2010 mirrored the less-than-robust recovery in the global economy, which is reflected in our annual revenues," said John Crichton, NAV CANADA President & CEO. "Traffic began to grow more strongly in the fourth quarter. Throughout the year, our employees once again contributed to our efforts to control costs in line with safety, thus allowing us to maintain a positive notional balance in our rate stabilization account.

"We will continue to actively monitor economic and industry conditions. While a service charge increase is not required at this time, there may be a requirement to adjust charges in 2011 - depending on traffic and the revenue environment. Such an increase would be based on the principle of cost recovery, and subject to appropriate consultation and notification."

NAV CANADA service charges have gone up by only five per cent since they were fully implemented eleven years ago in 1999 - 20 percentage points below the rate of inflation. Service charge reductions implemented in 2006 and 2007 are still in effect.

The Company's revenues before rate stabilization for fiscal 2010 were $ 1,154 million, compared to $ 1,163 million for the previous year.

Operating expenses before rate stabilization for the current fiscal year were $ 933 million as compared to $ 905 million in fiscal 2009, after capitalizing $ 44 million more of internal labour and travel costs than in the prior year, in accordance with the Company's revised accounting policy. Operating expenses in fiscal 2010 were higher due to an increase of $ 25 million in pension expense and the recording in fiscal 2009 of a $40 million one-time gain on curtailment and settlement within a post-employment benefit plan. Management continues to effectively manage headcount and overtime to offset somewhat higher compensation levels.

Interest, depreciation and amortization expense before rate stabilization totalling $ 247 million was $ 5 million lower than in the prior year. The fair value of the Company's investments in ABCP restructured notes remained stable at $ 203 million on holdings with a face value of $ 351 million. Of the total fair value provision of $ 148 million, $ 112 million is considered recoverable over the term of the notes. 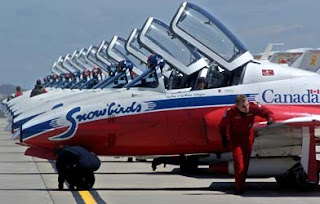 Based out of 15 Wing Moose Jaw, the Snowbirds are comprised of 85 Canadian Forces members, both Regular and Reserve Force, who come from various military backgrounds and experience. Canadians have been connecting with the Snowbirds and their tradition of excellence for 40 years. During the 2010 show season the Snowbirds completed 60 performances at 35 different locations around North America. The Snowbirds are the only air demonstration team in North America to perform with nine jets flying in close formation.

"The Snowbirds are one of Canada's most recognized and treasured national symbols," said the Honourable Peter MacKay, Minister of National Defence. "The Snowbirds are outstanding international ambassadors for Canada and I congratulate the entire Snowbirds team, as well as the Air Force, for the long-standing tradition of aviation excellence and showmanship."

"The Snowbirds have given Canadians great shows over the years and, in turn, Canadians have given them their support," said Lieutenant-General André Deschamps, Chief of the Air Staff. "The aerobatic grace of the CT-114 Tutor aircraft has remained fresh and inspiring, and Canadians can be proud of their world-class Canadian Forces air demonstration team."

"We have grown and evolved over the years thanks to the support of Canadians," said Lieutenant-Colonel Maryse Carmichael, Commanding Officer 431 Air Demonstration Squadron. "We train to achieve aviation excellence because we know that spectators deserve a spectacular performance every time we take to the skies."

The 40th anniversary season of the Snowbirds will wrap up over the weekend with many festivities as friends and members of the team, past and present, converge in Moose Jaw to mark the historic occasion. The festivities will culminate over the friendly prairie community when the team will soar through the last performance of the season. TORONTO– Porter Airlines is celebrating its fourth anniversary on October 23. The airline has operated over 86,000 flights and, this week, carried its three millionth passenger.

Highlights of the airline’s success in the past year include adding Moncton, Sudbury, and Myrtle Beach as destinations, while service also expanded in Ottawa, Montreal, Halifax, Boston, New York, and Mont Tremblant. The Porter team has grown to over 1,000 employees, up from 700 at this time last year.

The airline’s expanding fleet now includes 20 70-seat Bombardier Q400 aircraft. A recent order for up to 10 additional aircraft potentially brings the fleet size to 30 by 2012.

“Porter takes an uncompromising approach to customer service. This, coupled with our philosophy of providing hassle-free, dignified travel leaves a lasting, positive impression on our passengers,” said Robert Deluce, president and CEO of Porter Airlines. “We’re proud to be celebrating four years of successful service based on the efforts of every team member at Porter.”

A new $49 million dollar modern terminal, including two passenger lounges with well-appointed features and an array of free amenities, is nearing completion at Porter’s main base of operations at Billy Bishop Toronto City Airport.

Porter now serves 14 destinations across Canada and the United States, a considerable increase from the single route between Toronto City Airport and Ottawa when the airline launched in 2006.

Aeronautical Research Society
The basic aim of AsiaticAir is to promote all kind of Airlines and Aviation related activities under one roof.